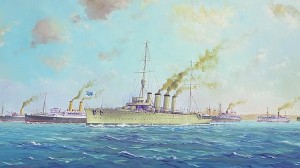 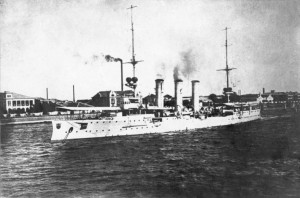 The RAN has a produced a great page covering the two ships, their battle, and a tribute to the two gentlemen Captains, Captain Glossop of the Sydney & Captain Von Muller of the Emden, on their page here with an interactive animation created by ADFA computer science students included - view separately here