After collating, the individual photos are now available, along with the opportunity to identify the descendants in the various images below.

Clicking on the images below will open up a Grid Image behind those shown here. The grid images are quite large so please be patient while they render in your browser.

Once the image has loaded, right click and save it to your hard drive, open it with a photo program and find your ID#'s. For audio, compiled video and transcription of the principal address at the commemoration service on 10 Jan 2015 at the Flame of Remembrance and War Memorial, Kings Park, Perth, click here >> address by Brig. Duncan Warren AM RFD. 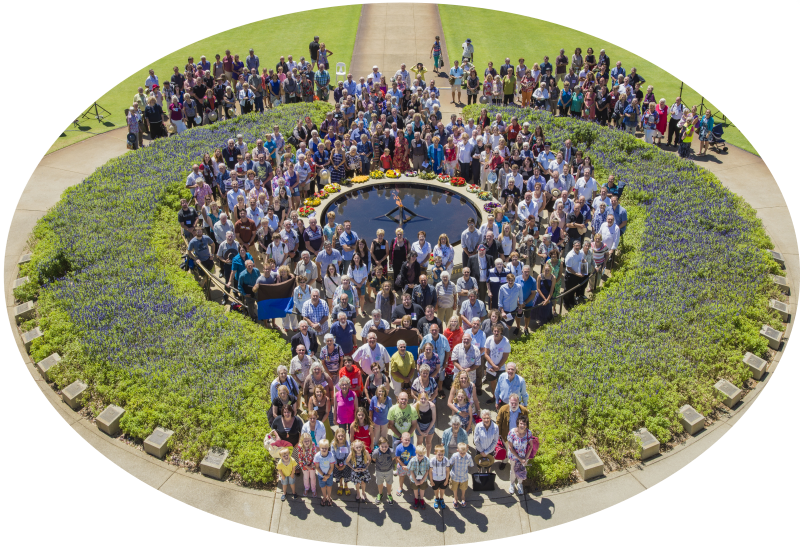 The Descendants only Drone Group Photo (Click to zoom on grid photo)
Note: The Drone photo has no ID#'s due to the lack of clarity, but has been gridded to provide some reference points in the image. 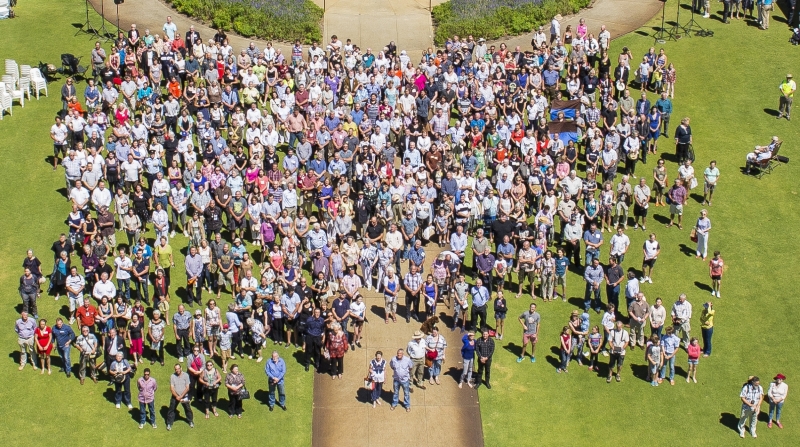 Banner Photos - Descendants in front of the 11Bn Banner

There are many groups and individuals who had their photos taken in front of the WAGS 11Bn Big Banner. These photos are being distributed to their respective groups. We are gathering the ID's for each of the participants in these photos well, sample below: 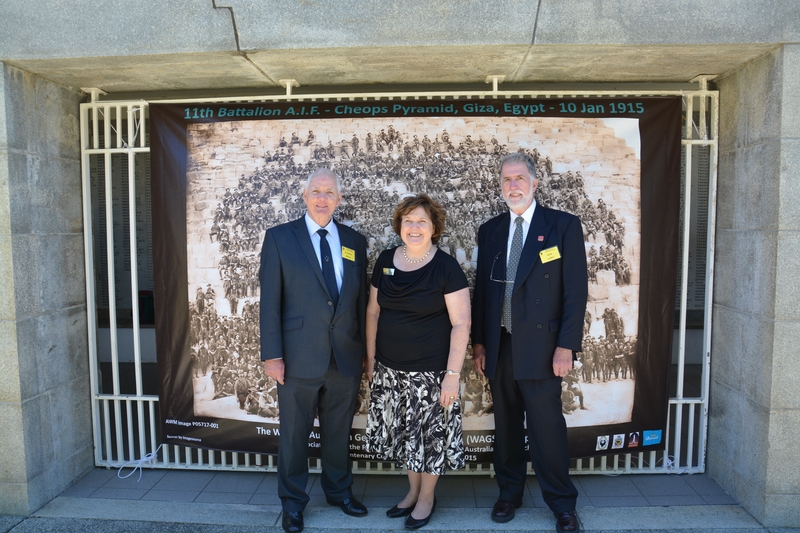 Tell us who you are

These images are available to those who participated in the event. We ask that you have a look at each of the grid photos on the links below, identify yourself and others who were there with you, then fill in the details on the Photo Details Identification & Order Form on the WAGS website so that we have a record of the names of people and the soldier that you are associated with (if any) in the various photos below.

If you download a high resolution image, we are asking if people would like to make a donation, but it is not compulsory.

All donations received will be split 50% to the WAGS Library Fund and 50% to the RSLWA May Circle Project to assist with the upgrading of May Circle in Kings Park Honour Avenue.