"In a recent issue of the “People” [London] (c.a. September 1915) appears an appreciation of the late Captain Barnes, who fell in action at the operations on the peninsula whilst leading his company of the 11th Battalion.

Captain C. A. Barnes had from boyhood been a resident of this state Western Australia and was practically a soldier from his teens. In civil life he was in service of the W.A. Trustee Company.

John H. Barnes, the uncle of the late Captain “Charley” Barnes, was a well-known English actor. Proud of his nephew, he contributed the following verses to the “People”"

When the guns have ceased to thunder and the cruel war is done,
And the story told of nations and what each has lost and won,
Will those who write the record ever pause to note the loss
Of the many thousand heroes who did not get the cross?
Those unassertive heroes sleeping on ‘neath foreign skies,
Who “did their bit” when called on disregarding other ties,
Laying down their lives for England, their country and their home,
That she might hold her head erect through all the years to come.
Be mine the task to sing of one who came within my ken,
A legend of his youth might well employ an abler pen,
Born ‘mongst the English hills and dales and reared ‘midst nature’s charm,
He breathed the simple truth and faith that keeps a boy from harm.
The story goes that when a child beside his Mother’s knee,
One eve, outside the cottage porch, beneath the chestnut tree,
A glorious sunset streaming through a break between the hills,
Seemed a huge forge with open door amongst the glistening rills.
And naively, as children will, this bonny boy of seven,
Shading his eyes, said, “Mother, dear, is that the gate to Heaven?”
The angels prompted her reply; she clasped him to her breast,
Said, “Of all paths that lead there, son, duty well done’s the best.”
As time went on it so fell out by fortune’s stern decree
He journeyed with his loved ones to a home beyond the sea,
And grew to earnest manhood there beneath the Southern Cross,
A monument of strength and pluck, free from alloy and dross.
And when the Mother Country called her children to her aid
He was amongst the ﬁrst of all her children obeyed.
On Africa’s veldt his name and word became his comrade's creed,
They sang on march; they knew no fear when he was there to lead.
His Queen and country honor'd him; he wore above his heart
A token with its many clasps, of how he’d borne his part;
And when the strife was over he went home with modest grace,
And ‘mongst old ties and former friends resumed his ‘custom’d place.
Then, came the great upheaval which has set the world aﬂame,
Again the Homeland called for help; his answer quickly came.
Danger, to him, was meaningless, he only knew the code,
The old Land needed all her sons! There only was one road.
And at that fearsome landing on the rockbound Turkish coast
It fell to him to lead his men against a serried host.
Around him those he loved fell fast as drops of summer rain,
Shot after shot had struck him, but he little reeked the pain.
‘Twas said, he fought like one inspired with valour past belief,
Until a sniper’s bullet brought to him the great relief;
With loving hands and tear—dimmed eyes they bore him from the fray,
He whispered, “Duty!” “Mother!” it was all he’d say.
And though he slumbers on, in peace, where friends may never go,
His name will stand for all that’s best ‘mongst those who loved him so.
Such men make earth seem brighter as our way through life we take;
Perhaps the Great Hereafter may be sweeter for their sake.
Happy the land with sons like this, to help her in her need,
Proud must his widowed mother when she recalls his deed.
And if he did not get “the cross” ‘twas surely nobly won,
I joy to boast a kinsman’s blood, he was my brother’s son. 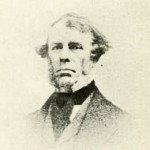 John H. Barnes first played Shakespeare as Bassanio in The Merchant of Venice in 1879 at the Lyceum Theatre; this was eight years after his first professional stage appearance. He spent time in both England and the United States and played Shakespeare only intermittantly. He played in Macbeth in 1882 and the same play again as Banquo in 1911. His last performances in Shakespeare were with Johnston Forbes-Robertson during his 1913 farewell season; Barnes played both Polonius and Iago. These were the last Shakespeare parts Barnes played.

John H Barnes published a book of his experiences of stage life; "Forty Years on the Stage - Others (principally) and myself", This book is available on line thanks to the wonderful digital library of the Hathi Trust, the Internet Archive and University of California.