Men of the 11th Battalion

Some of the men in this 8 minute video are known to be in the WW1 Cheops Pyramid photo of the 11th Battalion, others are possibly there and not yet identified.

Some of the men shown are known not to be in the photo and joined the 11th Battalion after the photo was taken. Many of these men paid the supreme sacrifice at Gallipoli, and at the Western Front.

Click on the links below, or use the individual blog page items.

Note: This index table is constantly being updated and may not accurately or fully reflect the latest totals, likewise the grid image (link via the photo below) is also being constantly updated but may not have all of the soldiers showing as they appear in the index below.

(Sorted by Photo ID only)

Records indicate that 396 men of the 11th Battalion died as a result of the Gallipoli campaign, many others died on the Western Front and many of them will be in the Cheops photo. Photo ID#'s showing in this index in bold green text are identified & confirmed, ID#'s in bold yellow text are identified but not yet confirmed.

The column with the two stars ** denotes a Gallipoli related death 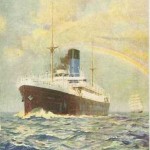 This is a list of those men who made up the original contingent, embarking Fremantle on the 31st October 1914 on the Ascanius (HMAT A11) and the Medic (HMAT A7), and joining the convoy from Albany as they sailed into history on November 2nd after spending 2 days at anchor in Gage Roads. These are the only men who could appear in the Cheops photo.

The WAGS 11th Battalion website is currently being rebuilt

Articles and images are being restored as time permits

Links on some pages will not work properly until the destination page has been re-instated, so please bear with us until the job is completed.

Thank you for your patience...  Please check back soon.

Brigadier Duncan Warren has a distinguished career in the Australian Army and is currently Head Warden for the Western Australian War Memorial.

This video includes an audio track of Brig. Warren's speech and a transcription of the speech is included below.